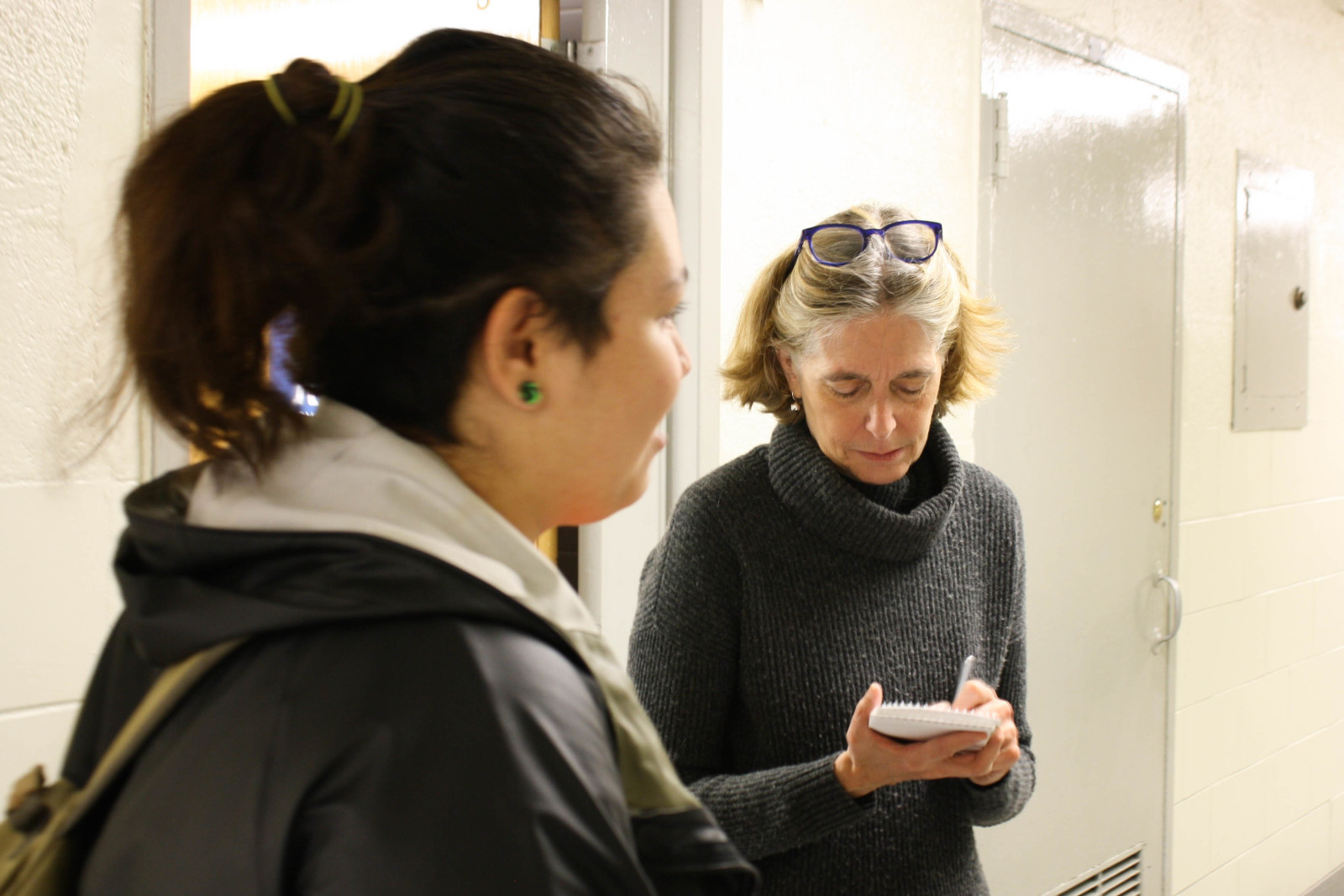 This is the first of two-part interview with InsideSchools founder, Clara Hemphill by Urban Matters, a publication from our colleagues at The Center for New York City Affairs at The New School.

Urban Matters: Let’s start with InsideSchools. It’s immensely popular; it's web site that gets more than 1.5 million annual visitors. Its individual school profiles have made it the first place many parents go for information about schools as well as about school policies and procedures. What makes InsideSchools work?

Hemphill: People trust us. Our readers feel we are on their side. We’re public school parents ourselves, and we know what it’s like to navigate this crazy school system because we’ve done it ourselves for our own children. At the same time, we are optimistic; we give parents hope. We tell parents, ‘We’ve found good schools and you can too.’ We’re critical of things we don’t like—and there’s plenty not to like in our school system. But we’re not snarky or mean. Teachers and principals mostly think we’re fair.

We try to tell you where a school is going, not just where it has been. Test scores tell you a little bit about a school’s past performance, and yes, that’s part of the story. But if you want a school with a promising future, look for a place with effective leadership, where teachers are working together as a team, where the climate is safe and welcoming. We combine statistical information with school visits and interviews to identify under-the-radar schools we think are doing a good job.

The need for good information is inherent in the system of school choice, which assumes that parents have the time and capacity to do a ton of research. InsideSchools goes a long way toward giving parents the information they need, particularly if they don’t have time to visit schools themselves.

UM: Your first career was in journalism – with CBS News, the Associated Press, and Newsday. To what extent do you approach InsideSchools as an exercise in reporting – and how on Earth do you cover such an enormous beat? New York City has, what, 1,800 public schools? That’s a lot of shoe leather!

Hemphill: I still consider myself a journalist. And yes, 1,800 schools is a lot of shoe leather.

When I worked for the AP in Rome, I had an even bigger beat—Italy, Greece, Turkey, Malta, and Libya. I’d sit at my desk and edit dispatches from part-time reporters in other countries, or gather information from interviews over the telephone. I’d also leave the office to report stories, but you have to be selective about what you cover in person when you are responsible for such big territory.

We do something like that at InsideSchools. There is an enormous amount of information available on the Web, but you have to use your judgment about what’s reliable. We update City and State data on school safety, attendance, and test scores four or five times a year. We look at the City’s evaluations for each school, called the Quality Review, which is based on a two-day visit by an experienced educator. We read each school’s own annual improvement plan, called the Comprehensive Educational Plan. We look at surveys of student and teacher satisfaction. We read community newspaper stories about individual schools. We interview parents and teachers on the phone. We visit as many schools as we can. Then we craft narrative descriptions that sum up each school’s mission, its strengths, and weaknesses.

We have part-time reporters and volunteers, mostly public school parents or students from The New School. At first we bring them along on school visits, to show them what we look for, how we ask questions, what we consider important, how we attribute information so our source material is transparent. Then they go out on their own. They send us rough notes that we edit. Little by little they become more confident writing on their own. Our regular staffers have visited hundreds and hundreds of schools.

UM: When InsideSchools started in 2002, there was no Facebook, no Instagram, no smartphones. How have information tech innovations and social media platforms changed what you do and how you do it?

Hemphill: Everything seems to be moving at a much faster pace. People have less patience reading long blocks of text. We’ve shortened our school profiles a lot and we are always trying to make our copy snappier and easier to read. In some cases we’ve replaced blocks of text with graphics. We didn’t have photos in the beginning, because we built the site for people with slow dial-up connections. Now we think photos are critical. The switch from desktops to smartphones was huge. It took us a long time to redesign the site so you can read and understand lots of information on a tiny screen.

UM: How has school choice policy evolved since the early days of InsideSchools?

Hemphill: When InsideSchools started, schools in expensive neighborhoods in Manhattan and Brooklyn had room for kids from other neighborhoods. Friends of mine would bring their kids to schools on the Upper East Side or Greenwich Village from Sunset Park in Brooklyn or Sunnyside in Queens or the South Bronx. It was an informal system of school choice that required lots of insider knowledge. At InsideSchools, we tried to share knowledge so every parent didn’t have to start from scratch researching their options.

The Bloomberg administration cracked down on the informal system that had allowed principals to enroll students from outside their attendance zones as long as they had room. At the same time, the schools in expensive neighborhoods became more popular and filled up with kids from their attendance zones.

The Bloomberg administration rapidly expanded another kind of school choice: charter schools. And it set up rules and regulations designed to avoid favoritism by principals. In addition, it created hundreds of small themed high schools. So the formal system of school choice expanded—exploded really--and the informal system shrank.

UM: What accounts for a change you just alluded to – that in recent years affluent families have become more willing to send kids to public schools? And how has that affected the schools overall?

Hemphill: A main goal of InsideSchools is to build support for public education. We encourage parents to consider schools they may not have otherwise. That’s probably one of the reasons more affluent parents are choosing to send their kids to public school. There’s also a larger trend of more affluent parents staying in the city rather than moving to the suburbs when their children reach school age.

In some ways, this has exacerbated the gap between haves and have-nots, because the affluent parents are clustered in a few neighborhoods. Take PS 39 in Park Slope. Twenty years ago, it was 30 percent white, 73 percent low-income, and had room for 150 children from outside the neighborhood. Now it is 77 percent white, 13 percent low-income, and has sometimes had a waitlist even for kids in the neighborhood. So a school that was once a poster child for integration is now overwhelmingly white and has very few low-income kids.

UM: With all the information out there today about schools, are parents better informed today than they were when InsideSchools started? Has it made the system more transparent? Are there information gaps, and how should they be filled?

Hemphill: Yes, parents are certainly better informed today than they were 20 years ago. In addition to the information we provide, the City has really stepped up its game. The City’s surveys of parents, teachers, and students, for example, give you a feel for each school’s climate and safety. You can see whether teachers trust the principal and whether they work together as a team.

But there are still information gaps. Some principals still won’t let parents of prospective students visit schools. We know very little about what’s going on in the pre-kindergarten classes, more than half of which are not in regular school buildings but in child care centers or community organizations. We also have to find better ways to encourage parents and teachers and principals to share their knowledge of schooIs on our website.